Jimmy was part of my family growing up in East Boston. We lived in a three story building owned by my Aunt Lucy and Uncle Al(phonzo). The back doors were never closed unless there was an argument going on - which was known to happen. Jimmy ...was as close to being my brother as you can be without being blood - maybe even closer - because we did not have to love each other, we chose too. It's hard to explain what living in an Italian Community with my family and friends was like. Especially if you have not been exposed to anything like this in your life. But it is home to me and this might shed some light! Great job Mr. DiPaolo. I still love you!

Hard As A Rock! 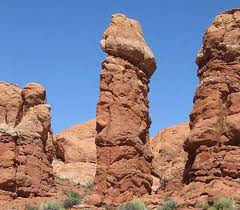 Transmission 6513
This scientifically (out of) controlled study is the result of responses given by a carefully selected cross-gender multi-generational group of impressive Usual Suspects when asked to list the Top 5 bands that came to their minds when hearing the phrase Hard Rock. As suspected, the genre means different things to different people with many strong overlapping similarities and distinct unique differences. The show has been programed in order of the highest to lowest number of votes! Many impressive and worthy bands that received three or less votes have been omitted from the final Transmission but not forgotten and will show up in future shows. I did not vote - but selected the songs!
Get Rock Hard with Led Zeppelin, AC DC, Aerosmith, Black Sabbath, Metallica, Def Leppard, Guns 'n' Roses, Van Halen, Nirvana, Foo Fighters, Scorpions, Kiss and Alice In Chains!
T6513 is a 93.4mb 160k mp3 1:21:40 in length made hard to be played harder!
"It's been a long time, been a long time, been a long lonely, lonely, lonely, lonely time"
RFW
Special thanks to my poll responders in no order of love and affection:
Kerry Nolan
Mik Maz
Don West
Henry Santoro
Bruce Kettelle
Tom Couch
Lisa LaMonica Moretti
Peter Dayton
Rachael Sorrento
Jane Hudson
Jerry Goodwin
Jay Taylor
Tamara Heidi
Derek Wohlman
Patty Lunter Stocker
Des Rispolli
Ronnie Page Hanson
Terri Sheppard
Lorraine Mucci (who named Alice In The Mary Chain - so fucking funny)
Linda Leather
Vincent Moretti
Tracy Roach
Tony Vitale
Pam Wohlman
Ed Moser
Walter Anacki
Jenn Carr
Kristi Guadagnin Fitzpatrick
Kevin (Dancing Bear) Widell
Barbara Moretti
Tom Couch
Bill Kates
Tracy Lewis Cassidy
Don't forget to pick up your free pat on the ass and a copy of the RFW Home Game as you exit the Archives!
﻿
Posted by Radio Free Wohlman at Saturday, July 27, 2013 4 comments: 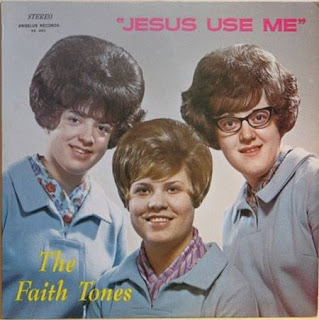 Transmission 6413
Faith in the redemptive power of love, music and you - now that's a Friday night. Jump aboard, find a make-out partner, cross the line and get used by Reverend J.C. Burnett, The Cure, Crazy Horse, Aerosmith, Love & Rockets, Gary Clarke Jr., Robert Plant, The Bees, INXS, Johnny Cash, Stone Temple Pilots, The Soundtrack Of Our Lives, Tommy James & The Shondells, The Traveling Wiburys and David Lynch!
T6413 is a72.1 mb 160k mp3 1:03:02 in length made loud to be played louder!
"please tell me how long has the train been gone?"
RFW
*I have never had a foursome with three wild women (or three of any kind of women for that matter) and me. But if JC was to bless me with the occasion, my fantasy would be those vixens in The Faith Tones. They were an evangelical-choir trio that performed from 1963 to 1971, featuring the stimulating styling's of Beverly Beecham, Vivian Wylerand and Marie Samuels (my fave). Their lone-lp, "Jesus Use Me" was released to RFW and heavenly acclaim in 1964 on Angelius Records. Use me girls. 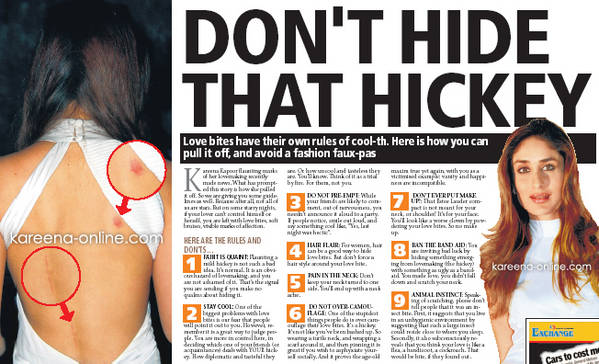 "Can you feel my Love Buzz?"


"If you've got love in your sights
Watch out, love bites

When you make love, do you look in the mirror?
Who do you think of, does he look like me?
Do you tell lies and say that it's forever?
Do you think twice, or just touch 'n' see?
Ooh babe ooh yeah

When you're alone, do you let go?
Are you wild 'n' willin' or is it just for show?
Ooh c'mon

I don't wanna touch you too much baby
'Cos making love to you might drive me crazy
I know you think that love is the way you make it
So I don't wanna be there when you decide to break it
No!

Love bites, love bleeds
It's bringin' me to my knees
Love lives, love dies
It's no surprise
Love begs, love pleads
It's what I need

When I'm with you are you somewhere else?
Am I gettin' thru or do you please yourself?
When you wake up will you walk out?
It can't be love if you throw it about
Ooh babe

If you've got love in your sights
Watch out, love bites
Yes it does
It will be hell"

Posted by Radio Free Wohlman at Saturday, July 20, 2013 No comments: 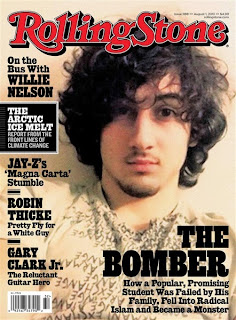 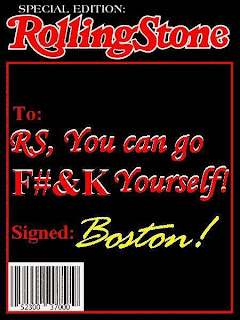 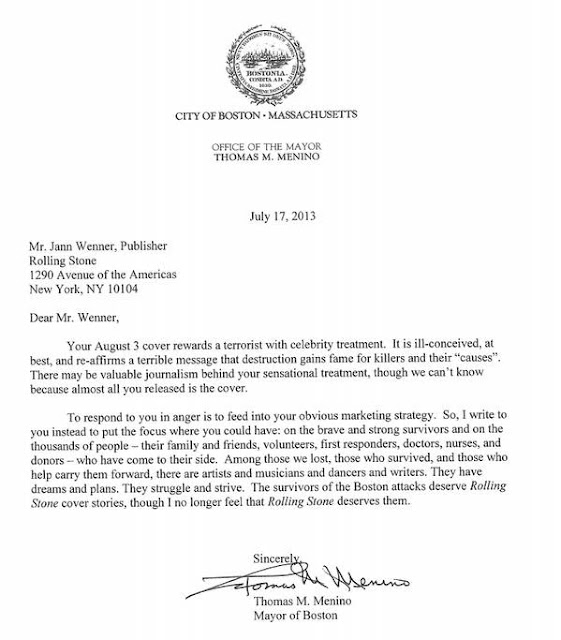 RFW SPEAKS!
I am a firm believer in exercising the liberties granted to all US citizens by our Bill of Rights and Declaration of Independence. With the creative interpretations of those rights by past and present politicians, the covert use of inhumane treatment of friends and foes, the ever-intruding  and increasing surveillance of our population and the lemming-like acceptance of these very questionable actions by many of our family, friends and neighbors - there comes a point where you just need to say - enough!
Guns killing babies VS the right to bear arms.
Laws that protect murderers VS compassion and restraint.
The idolization and beautification of evil people VS common decency.
I do not question Rolling Stone magazine or any media source's right to publish any photo or fact-related investigative article. I abhor censorship of any kind! What I do take offense to, is when these said criminals and killers are glamorized for the use of titillation resulting in sales!
I would have rather seen another picture of Justin Beiber pissing in a bucket or Mick Jagger with a Viagra induced 4-hour erection on the cover of this other-wise fine magazine and then read the article about this monster rather than to see the suspected perpetrator of The Boston Marathon Bombings given the Adonis treatment.
Sometimes doing the right thing trumps having the right to do the wrong thing!
RFW
﻿
Posted by Radio Free Wohlman at Thursday, July 18, 2013 3 comments:

Sounds Emerge From The Static 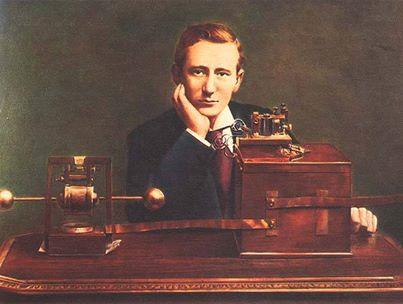 Transmission 6213
Like Guglielmo Marconi, I not-so-humbly consider RFW to be a pioneer of radio. With the hundreds of thousands of music blogs, podcasts and Internet Stations available - I believe you are about to enjoy something that is still unique and peerless! It's the music and the artists that give me the ammunition, but it is all in the selection and presentation! Blowing my own horn? - if I could I would never leave home! Turn up Robert Fripp, Porcupine Tree, Hall & Oates, Blondie, Kraftwerk, Haruomi Hosono & FOE, Ryuichi Sakamoto, Atoms For Peace, Tarwater, Hot Chip, The B52's, Eurythmics, Irma Thomas and Marianne Faithfull!
T6213 is a 83.5mb 160k mp3 1:13:01 in length made loud to be played louder!
"you can blame it on yourself, blame it on me, but don't blame it on love"
RFW
Posted by Radio Free Wohlman at Sunday, July 14, 2013 No comments:

You Give Me Sunshine 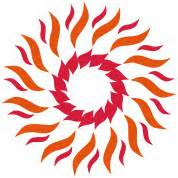 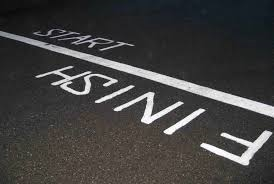 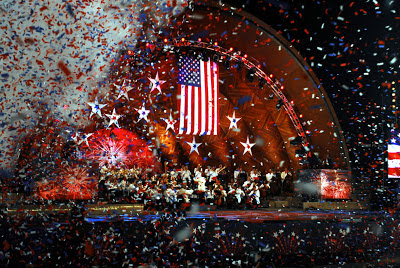 Transmission 5913!
On July 4th in the year of 1776,  The United States celebrated the final approval and adoption of The Declaration of Independence by our Congress. The document, which was prepared by a Committee of 5, with Thomas Jefferson as it's main author, established a final break from the rule of Great Britain over the new colonies.  237 years later, that Spirit of (33 1/3) Revolution is still at it's strongest in Boston, Massachusetts! Especially in light of the recent terrorist bombings, the residents of this city and state have always exemplified the thirst for freedom and the power of a government of the people, by the people that will hopefully never perish from this earth! In spite of recent shameful conduct by self-righteous, but par-for-the-course elected officials and highly questionable lemming-like acceptance of it by many - I  am still very proud to be an Bostonian and an American!
Light the fuse and the Bar-B-Q to the patriotic sounds of Jimi Hendrix, The Comsat Angels, Bjork, Donna Summer, The Blue Van, The Insect Trust, Galaxie 500, Bill Chitwood & His Georgia Mountaineers, The Beach Boys, Bruce Springsteen, Hot Chocolate, Prince & The Revolution, The National Lampoon, The Tubes, John Wayne, Frank Sinatra, John J. Kimmel, Herb Albert & The Tijuana Brass, Love & Rockets, Mott The Hoople, Tom Petty & The Heart Breakers, Kazumi Watanabe, The Runaways, Primus and Yes!
T5913 is a two-part 160k mp3 made free to be played free.
Part 1 is 73mb and 1:03:48 in length.
Part 2 is 70.6mb and 1:01:044 in length.
"with liberty and justice for all"
RFW

As to not be predictable, enjoy this classic moment from Herr Simpson in Springfield, Germany!﻿
﻿

Posted by Radio Free Wohlman at Thursday, July 04, 2013 No comments: