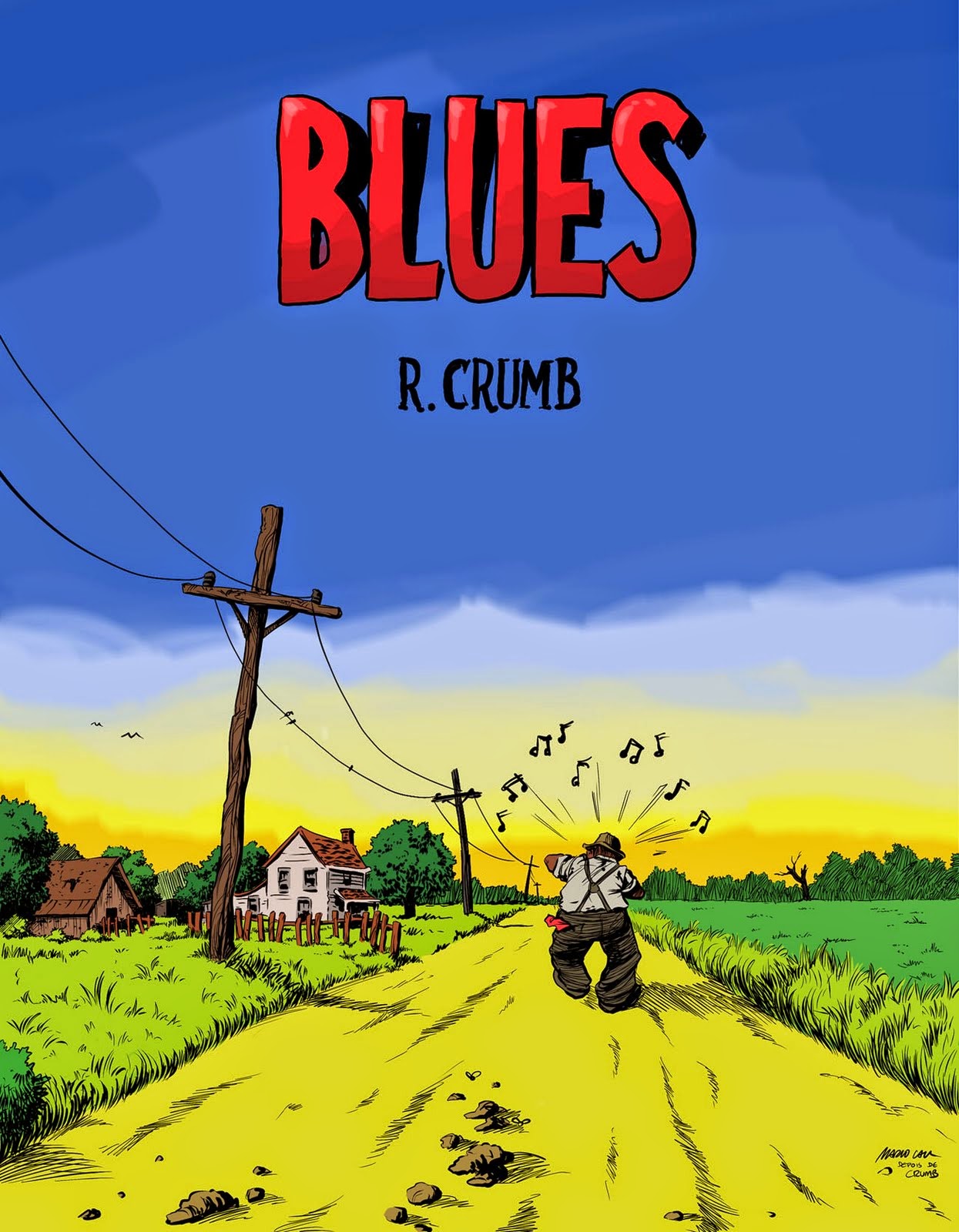 
*"Blues" is one one of the many amazing illustrations by R. Crumb. Please enjoy a Crumby time here.

**Robert Petway was born in 1907 and although he only recorded 16 songs including "The Rockin' Chair Blues" and "Catfish Blues", we'll continue to play 'em for a long time!

Posted by Radio Free Wohlman at Saturday, September 27, 2014 No comments: 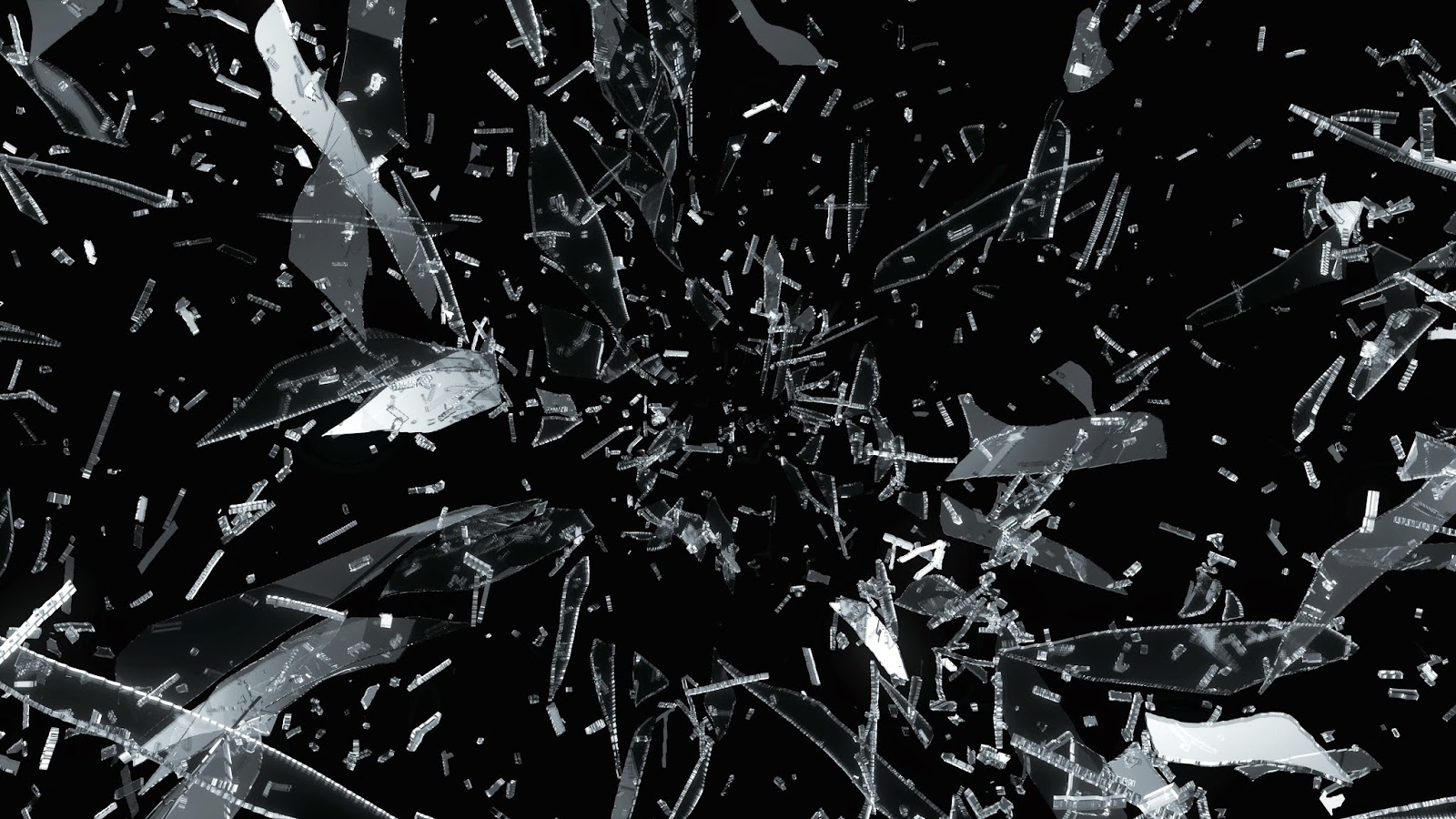 It causes a glorious noise, but the adage about living in a glass house has never been so relevant. Break the temptation to throw stones and rock 9th Anniversary style with Neil Young, Electric Light Orchestra, Robert Plant (solo and with) Jimmy Page, Fleetwood Mac, Billy Gibbons, Muddy Waters, Mud Morganfield, The Shocking Blue, The Monkees, The Tee Set, The Lovin' Spoonful, Slade, Nick Lowe, David Bowie and Gentle Giant.

"I love the sound of it's condition, flying all around"

Posted by Radio Free Wohlman at Saturday, September 20, 2014 No comments:

You Got To Take A Pill! 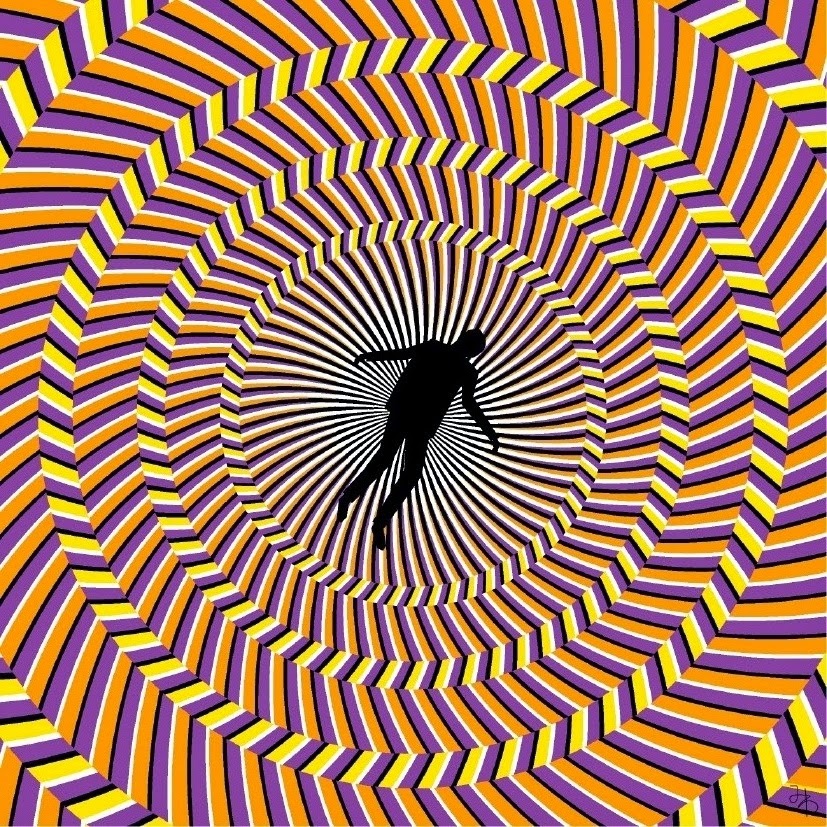 Right in the middle of the RFW 9th Anniversary Celebration, I caught a bug of the cold variety and tried my best to use homeopathic relief, to no avail. I finally took a time released medicinal remedy and went to bed at 10 pm. I was awoken by distant urges, still feeling miserable, but wired to the point of surrendering to the artificial energy. The activity choices included read a book (currently re-reading Stephen King's The Talisman), watch TV (maybe The Three Stooges are on) or call an unsuspecting conversation victim (everyone's sleeping anyway). I instead used the magic of wi-fi to sit in my bed untethered and utilize the RFW Mobile Studio to mesh together this fever-dream Transmission starring Haruomi Hosono & Yokoo Tandori, Cabaret Voltaire, Aphex Twin, SBTRKT, Pan Sonic, Anjou and Klaus Schulze!

"Voices In My Head"

Posted by Radio Free Wohlman at Friday, September 19, 2014 No comments:

I Love That Dirty Water! 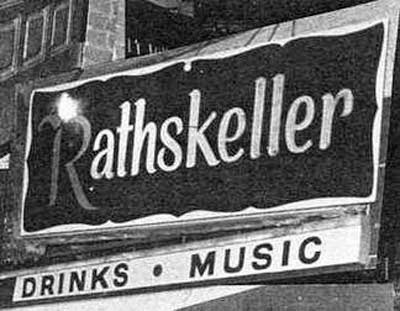 We did not know it then, because we were too busy living it, but the Boston music scene in the 9 years between 1975 and 1983 rivaled anything that happened in any city before or after. The knowing were informed denizens of clubs like The Rat, enjoying local bands such as The Freeze, The Lyres, The Nervous Eaters, Unatural Axe, Mission Of Burma, The Neighborhoods, La Peste, Ground Zero, The Rentals and The Cars (and so many more) that are all now part of the great legacy of the City. Radio stations such as WTBS/WMBR, WERS and WBCN sent out the clarion call and like minded "fans" joined a Late Risers Club of devoted supporters of the "arts". We danced at Spit, read The Boston Groupie News and spent all our money on records at New England Music City in Kenmore Square! I am very proud to have been a part of it all and remember it like it was yesterday ............. so to continue our 9th year celebration, let's go back to 1979! 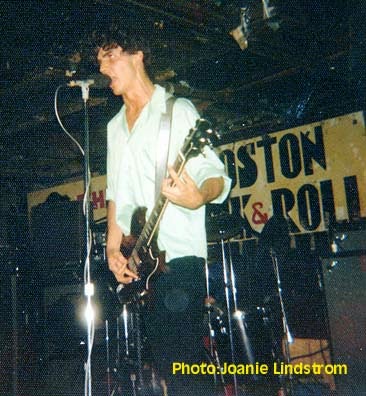 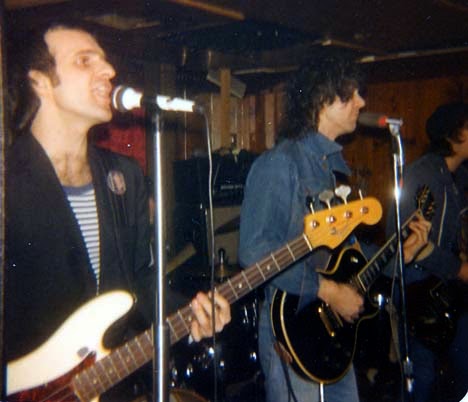 The Nervous Eaters at The Rat 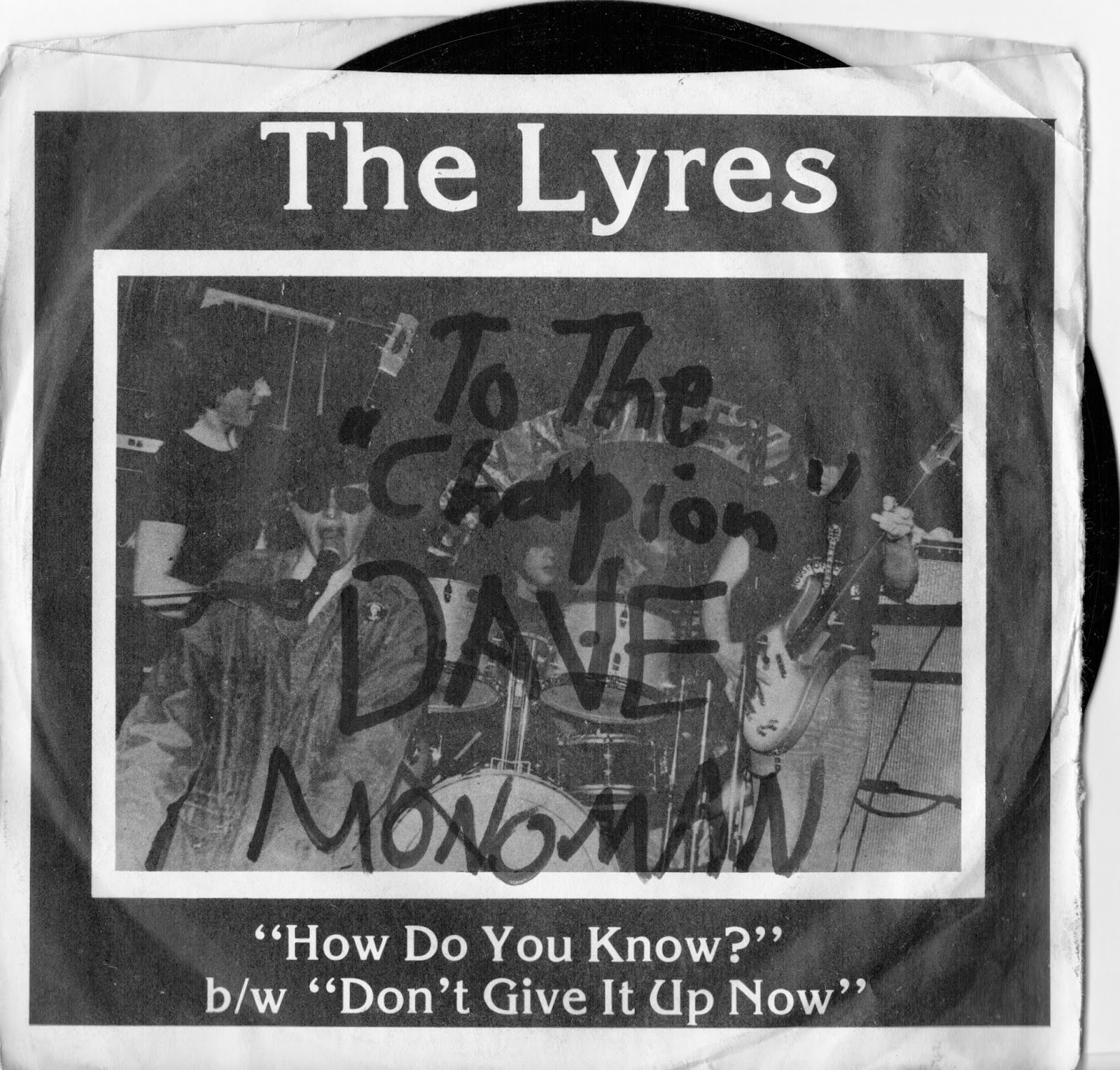 Mono Man of The Lyres left me their debut single at WMBR. 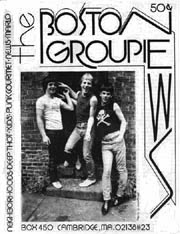 Issue #23 of The Boston Groupie News featuring an interview with the 1979 WBCN Rock & Roll Rumble winners, The Neighborhoods! 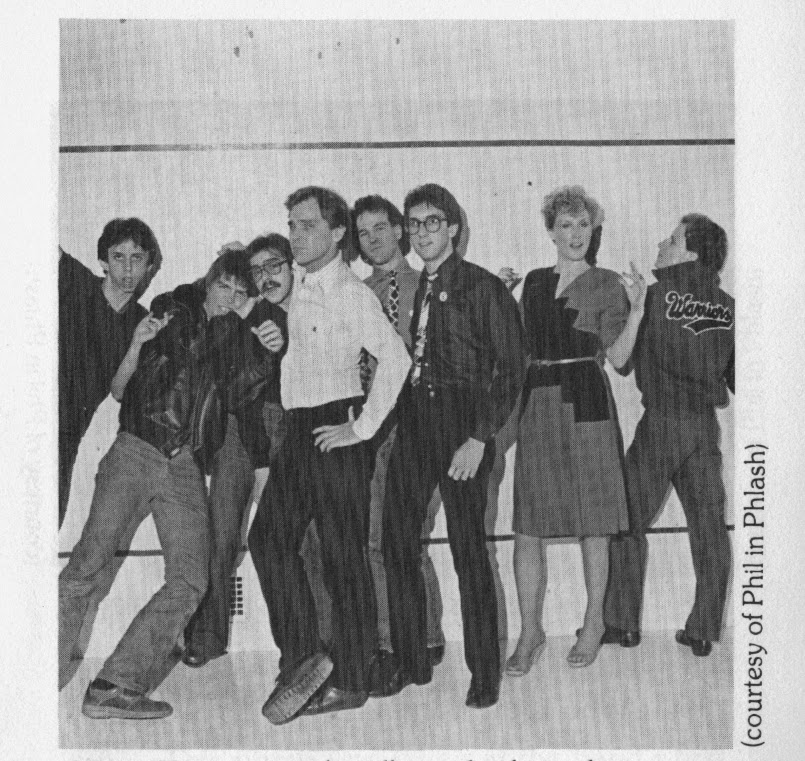 My earliest radio family - the talented young staff of 88.1 WMBR, Cambridge including (L-R) Greg Reibman (the real deal), Carter Alan (get off my back) , Dave Wohlman (Me), Thom Lane (were you really that handsome), Albert O (Mrs. Denton), Tony V (TVOD), Carla Nolan (Mr. Denton) and Oedipus (fearless warrior)! Not pictured, but equally influential were (the wonderful Bay State Rock) Carmalita, (the ever effervescent) Dr. Felix Kruell (the always hilarious) Blowfish, (the stand-alone clone) Duane Ingalls Glasscock, and a large assorted cast of colorful characters. We were all wild, beautiful and dammed to a life of rock & roll!
Posted by Radio Free Wohlman at Saturday, September 13, 2014 2 comments:

One For The Head! 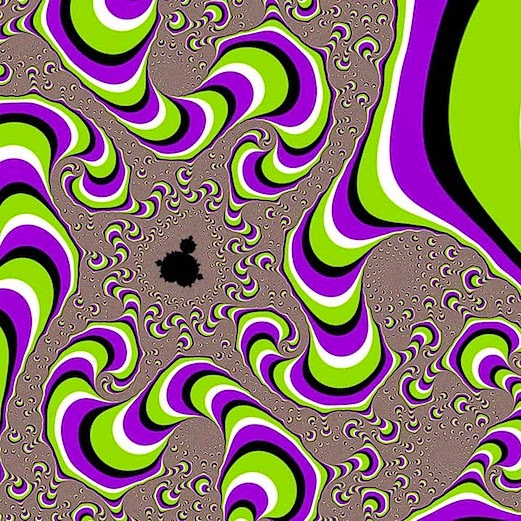 In preparation of our 9th year journey, insert Tab A into Slot B and get trippy with Klatuu, Tommy James & The Shondells, Aguaturbia, Touch, Pink Floyd, Controlled Bleeding and The Future Sound Of London!

"on a hill we'll take some tea and watch L.A. fall in the sea"


* No, Klatuu were not The Beatles!
Posted by Radio Free Wohlman at Friday, September 12, 2014 No comments:

Hope They Don't Fall Down! 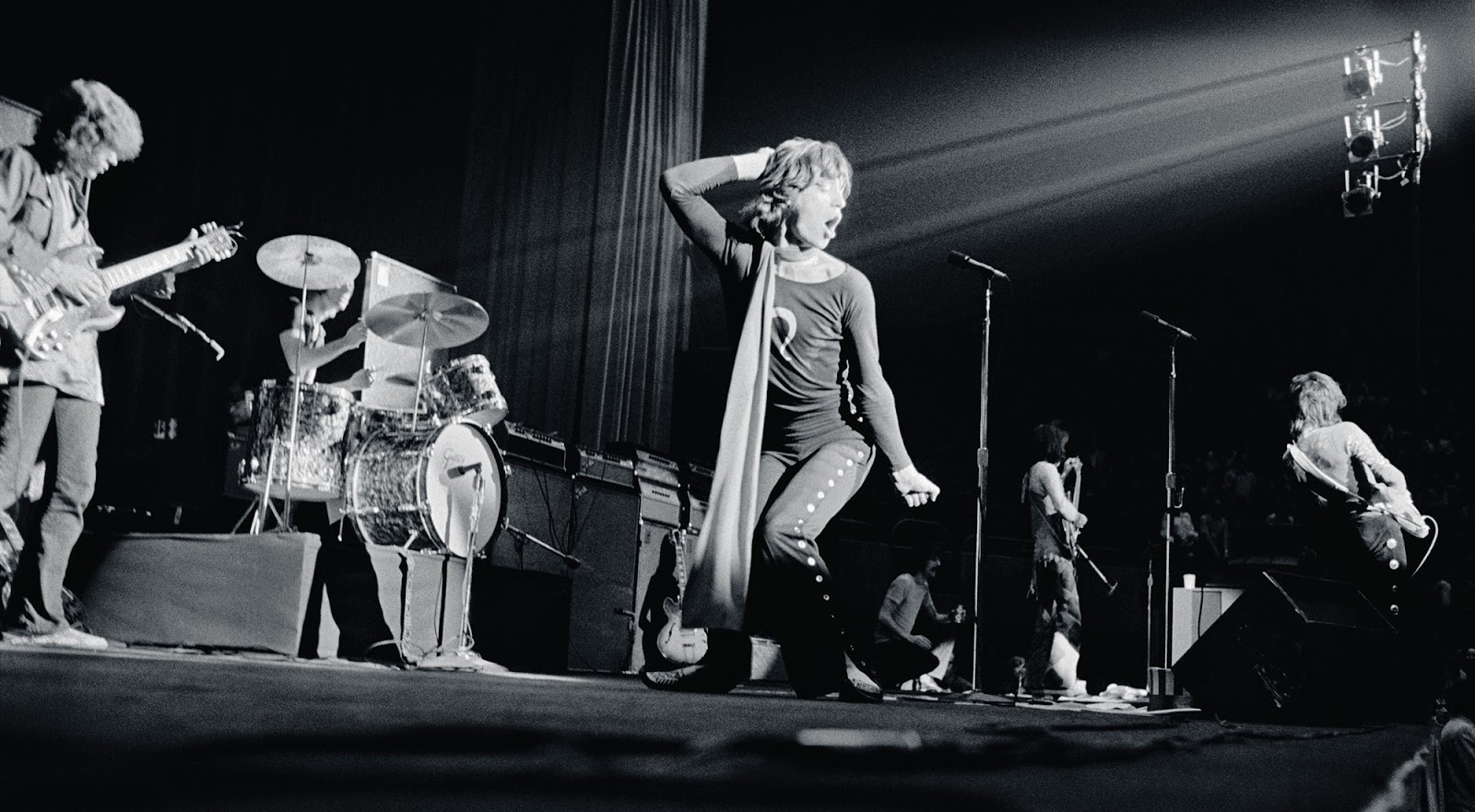 Is everybody ready? The RFW 9th Year Wing Ding continues with a trip back to 1969. "Ladies and Gentlemen, the greatest rock and roll band in the world, The Rolling Stones"!

"I think I busted a button on my trousers"

* Recorded live at Madison Square Garden on November 27th & 28th, this was the second to the last stop on the 1969 US Tour, the final concert being at The Boston Garden the following night!

** The iconic introduction was made by Sam Cutler, the Stones Tour Manager at that time! 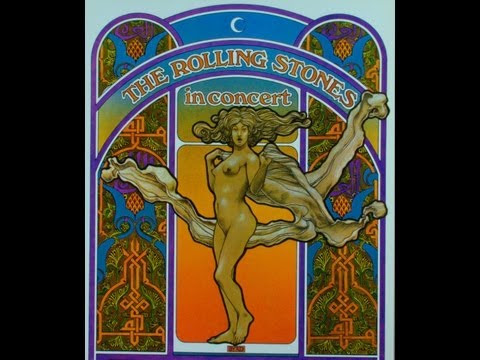 Posted by Radio Free Wohlman at Sunday, September 07, 2014 No comments: 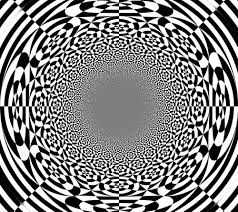 "don't you remember you told me you loved me, baby?"


* Originally written and recorded by Delaney & Bonnie (as heard in today's Transmission), Richard and Karen Carpenter scored a #2 hit with Groupie (Superstar) in September of 1971. What a voice - great song!


**Like my old Boston music scene pal Johnny Angel Wendell, I was blown away by the first New York Dolls album (produced by Todd). I was a Zepplin, Sabbath, Beatles, Stones kid from East Boston that did not have a real point of reference, a pair of red pumps or make up kit in my teenage bedroom, but songs like Jet Boy, Trash and Personality Crisis musically changed things forever! Special thanks to Maxanne Sartori (my WBCN rock and roll queen) for turning me and most of new England on! 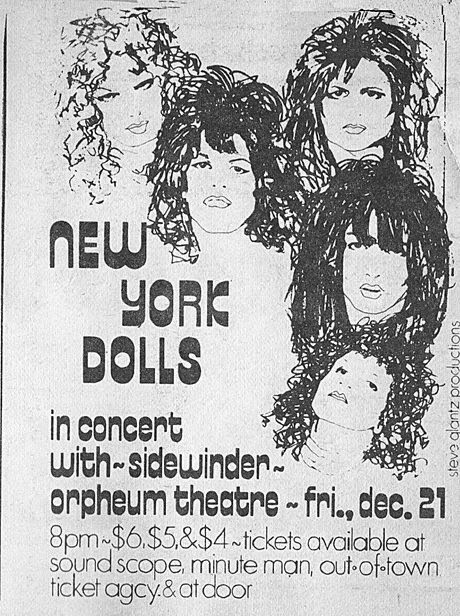 Posted by Radio Free Wohlman at Saturday, September 06, 2014 No comments: 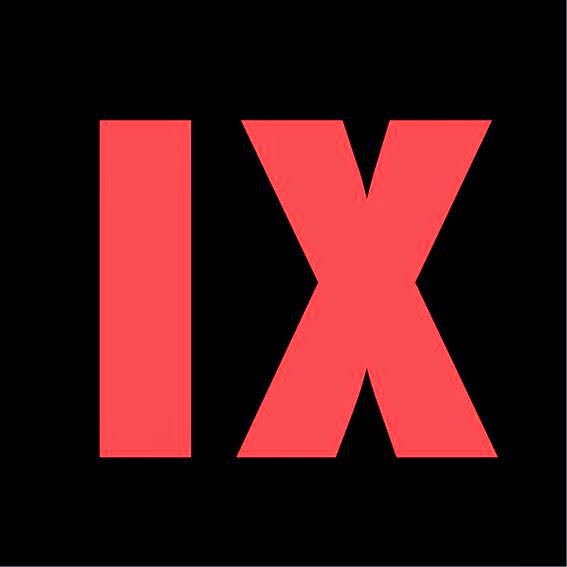 Posted by Radio Free Wohlman at Friday, September 05, 2014 No comments:

The Acme Of Realism! 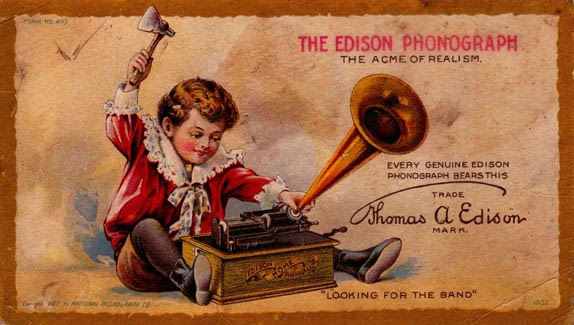 
This September marks the start of the 9th year of Radio Free Wohlman! We''ll celebrate together with a month of special themes, concerts and our usual walks through the Archives, but first a short state of my mind report.

Personally - music is as important to me as air, food, sleep and love! It informs, soothes, motivates and relaxes me, while also giving me immense pleasure, a point of reference and a thread of continuity that connects my past, present and future.

Professionally - music has been my career all of my working life. I was first hired into radio because of my "ears" (that God given ability to hear music differently than most), as a selector (the intuitive knowledge of what works well together) and as a host (to entertain and inform).

Socially - it has proven to be for me the true international language, the common denominator, the conduit to all others no matter their gender, heritage, age or musical preference.

My Transmissions allow me to utilize music in all three ways.

In 2006, it was a dream to just have the ability to undertake the journey and hear it myself. In 2014, our extended family includes you and over 300,000 like you in 194 countries around  the globe.

I humbly thank you for your musical-kinship, loyalty, time and attention.

World Wide RFWohlman - what a concept.

Posted by Radio Free Wohlman at Thursday, September 04, 2014 No comments: