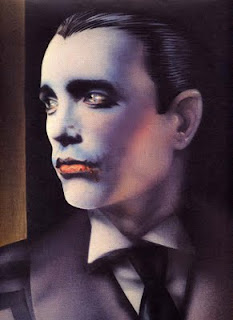 "Tonight is the night when pumpkins stare,

Through sheaves and leaves everywhere.

When ghouls and ghost and goblin host,

Dance round their Queen.

Halloween is not a safe night for "wirgins", but knowing the extended RFW family, I don't think we'll have to worry about that - so spark up the candle in the old jack-o-lantern, turn out the lights and and dig this monstrous set of tunes from Dead Kennedys, The Turtles, Bo Diddley, Vic Mizzy, Ted Cassidy, The Crystals, Rick Derringer, Brain Donor, The Vulcans, Woggles, Roky Erickson, The Moontrekkers, Arctic Monkeys and Wendy Carlos. Fang-tastic!

"cause all you people are vampires""

* The opening rhyme is an excerpt from the poem "Hallowe'en" by Harry Behn.

** Our Halloween picture is Udo Kier from "Blood For Dracula", the 1974 film directed by Paul Morrison and produced by Andy Warhol and Andrew Braunsbergg. Enjoy a few favorite scenes!

** Ted Cassidy played Lurch, the family butler on The Addams Family TV series. His dance craze "The Lurch" was sweeping the country in 1965 (not so fast...he hasn't swept the kitchen yet) - here's Ted on Shiveree!

***One of the funniest episodes of The Addams Family was "Lurch, The Teenage Idol"!

Posted by Radio Free Wohlman at Saturday, October 31, 2009 No comments: 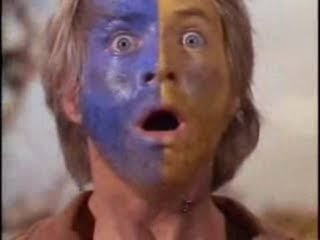 Dedicated to Timothy Leary
"Like every great religion of the past, we seek to find the divinity within and to express this revelation in a life of glorification and the worship of God. These ancient goals we define in the metaphor of the present — turn on, tune in, drop out."

Come along if you can, take a trip to the land inside of your mind - through the doors of perception and into an altered state of swirling colors, heightened senses and throbbing sounds from British Sea Power, Haymarket Riot, Johnny Walker, Curtis Mayfield, Sonic Youth, T.I.M.E., Kim Fowley, Fifty Foot Hose, Harry Nilsson, The Beatles, The Purple Gang, The Moody Blues and Kasabian!

"take you trips around the bay, bring you back the same day"

* The spoken word interludes were taken from the 1966 Capitol records release LSD, A Documentary Report. Visit the incredible Redtelephone 66 blog for more information.

** I got a question about our selection from T.I.M.E. (Trust In Men Everywhere).They formed in 1968 in LA and released two albums on Liberty, T.I.M.E. (1969) and Smooth Ball (1970). I played Tripping Into Sunshine which is the first cut on their debut.

*** Today's picture is Benjy Carver (played by Michael Burns), the infamous Blue Boy from The LSD Story episode of the Dragnet that appeared on the NBC network on January 22, 1977. It was produced and directed by Jack Webb, who also starred as Joe Friday. If you have never had the pleasure of seeing this classic check it out below!

Posted by Radio Free Wohlman at Friday, October 23, 2009 No comments: 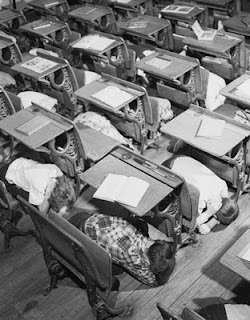 It's time to duck and cover as we revisit the School Of Spontaneous Selection. This is seat-of-the-pants RFW in its purest form. The only song I have planned is the first one on-deck. Every other selection played was chosen based on my immediate reaction to what came before it! This is funtime for us all because I'm just as surprised by the outcome as you!

"all aboard for funtime"

Posted by Radio Free Wohlman at Saturday, October 17, 2009 No comments: 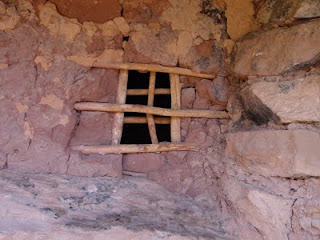 The keywords stoned and jailhouse result in sets that leave you in an altered and captivated state. Add some pure-pop for you now-people and a few English singles from the sixties and we are half-way to rock and roll heaven'. Enjoy the sounds of Clark-Hutchinson, Daevid Allen & Planet Gong, Robin Trower, Tinted Windows, Cheap Trick, Raspberries, Tomorrow, Small Faces, The Eyes, Dean Carter, Tom Waits and Wizzard!

"the whole rhythm section was the purple gang"

**I have always been turned by the music of Daevid Allen from his early days with Soft Machine and Gong , through his various solo projects and bands including Planet Gong and University Of Errors to his more recent projects like Acid Mother Gong. Check out this great interview with Daevid from 2001 found on the excellent Planet Gong site.

***For a taste of Daevid live - enjoy the Planet Gong performance of Stoned innocent Frankenstein below (If you have a buffering problem - pause the video and allow it to load before viewing)!

Posted by Radio Free Wohlman at Saturday, October 10, 2009 No comments: