Transmission 2416 - Don't Bogart That Matzah, My Friend, Pass It Over to Me 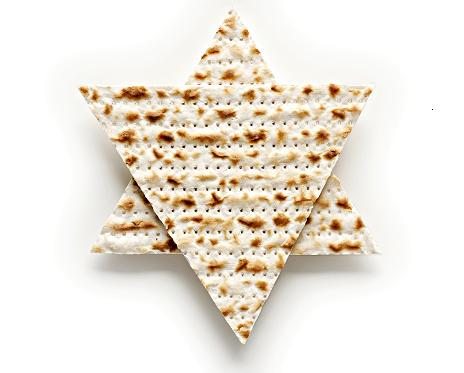 
*Kreplach are small dumplings filled with ground meat, mashed potatoes or another filling, usually boiled and served in chicken soup, though they may also be served fried. 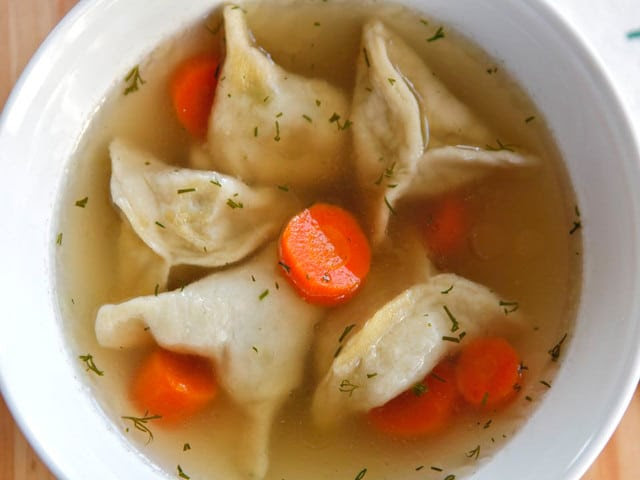 **Masada (מצד) is an ancient fortification in the Southern District of Israel situated on top of an isolated rock plateau, akin to a mesa, on the eastern edge of the Judaean Desert, overlooking the Dead Sea 12 miles east of Arad.

Herod the Great built palaces for himself on the mountain and fortified Masada between 37 and 31 BCE. According to Josephus, the Siege of Masada by troops of the Roman Empire towards the end of the First Jewish–Roman War ended in the mass suicide of 960 people – the Sicarii rebels and their families hiding there. 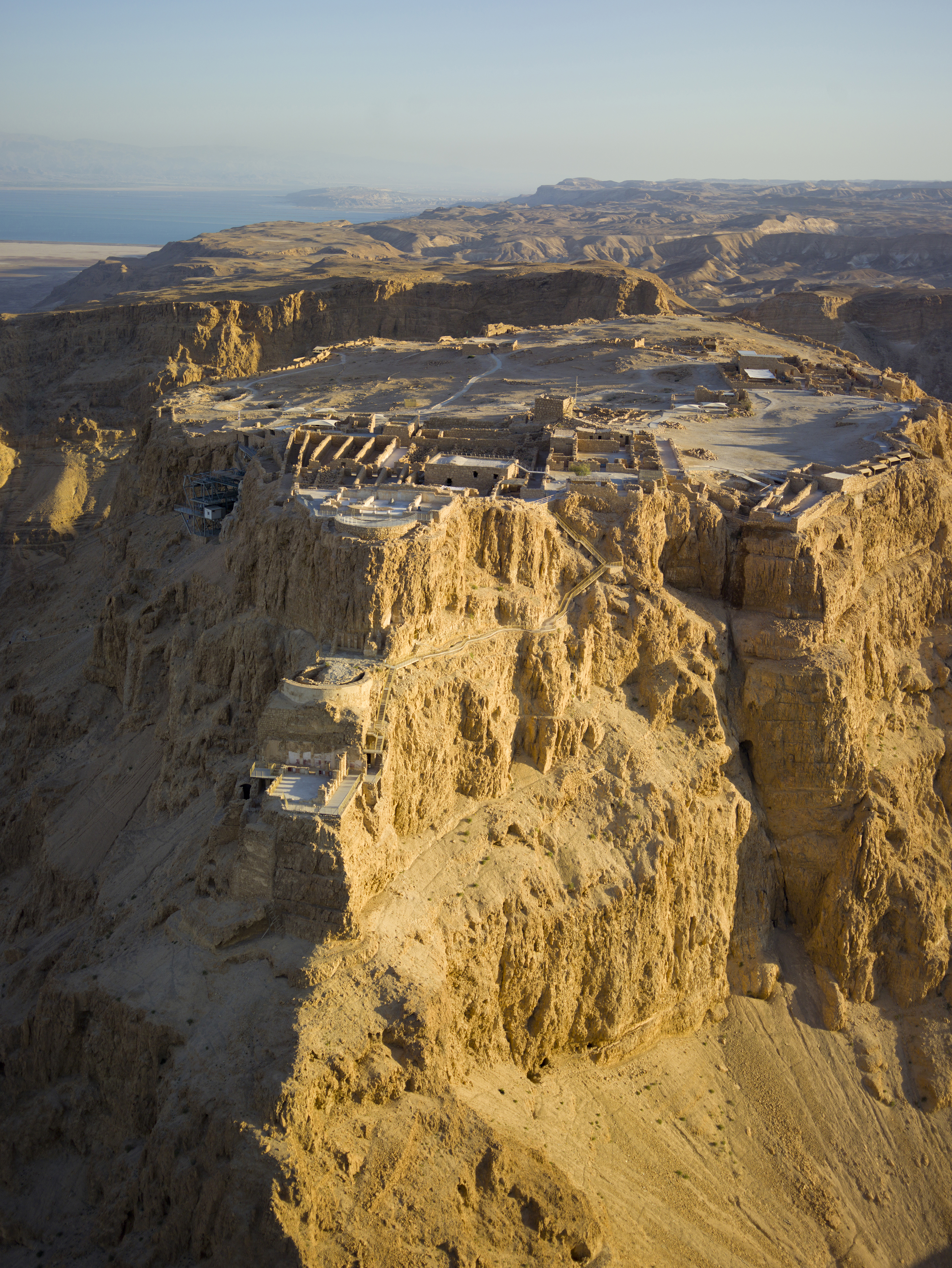 Posted by Radio Free Wohlman at Saturday, April 23, 2016 No comments: 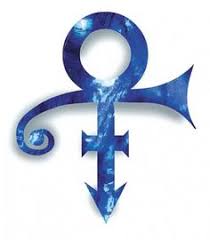 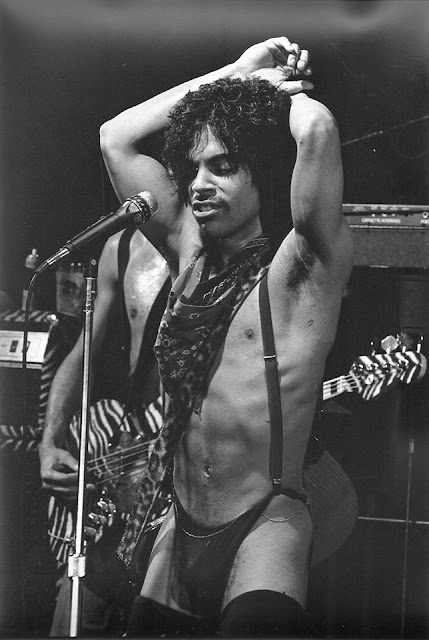 "The funkier I be
The funkier I get, oh shit
Lickety split on the lyric
A new jack in the pulpit
Watch it deacon, your track is leakin'
What is this you're seekin'?
The syncopated rhymes are at their peak
When you jumped on my D.I.C.K
That's the one thing that I don't play
The jock strap was to big for u anyway
You're just a simpleton
I'll bust you like a pimple, son
My star is too bright
Boy, I'll sink you like the ship Poseidon
You're bumpin' dentures to be cocksure
There must be more coming from
Your mouth than manure
So with a flow and a spray, I say hey
You must become a prince before you're king anyway"


*The amazing picture above was taken by an old friend and usual suspect, Steven Stone, at one of the best concerts I saw at the long-defunct Metro nightclub on Lansdowne Street in Boston. Prince was on tour in 1981with his new album and we were playing "Dirty Mind" and "Head" on WBCN.

Steven sets up the shot:

Since I was the house photographer the stage technicians and I worked together often under adverse conditions. One of the standard set-up at Metro was to place the large shipping containers that contained the band’s into a wall of boxes, behind which the techs could hang out and take care of any problems on stage. I used to work from behind this wall, protected from the rest of the room.

Prince had an absolutely no photographs policy. No audience member could even enter with any kind of camera. I knew this so I made myself scarce during the soundcheck (when I usually made Polaroids to check the lighting). I had a trusted tech (or it could have been Carmine) plug in my strobes and then I waited for the show to start.

Halfway through the first song I made my first exposure, and the strobes worked as they always did, with a big ‘ol FLASH! Which due to all the other lighting effects generally went unnoticed, but not this time – Prince’s head jerked up and he scanned the room – he knew they were strobes that were not part of his lighting design. I continued to shoot from the back of the room with my long lenses, hunkered down like a sniper. His roadies, who were looking, never spotted me and I slipped out halfway through his encore."

**Prince was inducted into the Rock & Roll Hall of Fame in 2004 along with Beatle George.
That night, Mr. Harrison was smiling.
Today, they are both lead guitarists in The All-Star Dead Band.

A rare KC TV performance by Posted by Radio Free Wohlman at Wednesday, April 20, 2016 No comments:

One of the best concerts I have ever seen!

Enjoy these three of a perfect pair from the amazing Crimo double-trio! 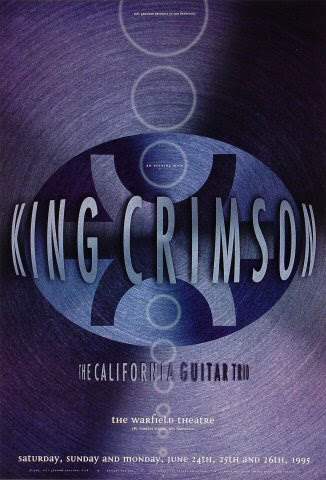 Posted by Radio Free Wohlman at Tuesday, April 19, 2016 No comments:

As opposed to breakfast in bed,
this is show is about an
inspired combination of
overnight lodging
& morning dining.

I set the GPS for Hebron, located in The Lakes Region of  New Hampshire and headed north. Good music and even better company made the 2 hour drive from the Boston area a fun journey, especially since our plans were a top secret birthday weekend for my partner in crime, T.  The sign signaling our turn and announcing the presence of a justice of the peace
made for a quizzical glance and heightened the anticipation(?)
of our destination, The Coppertoppe Inn.

We were warmly greeted by our host Bill who was busy in the inviting open kitchen and dining area! 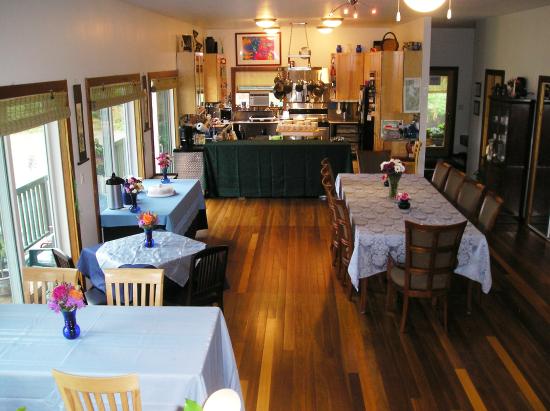 After a pleasant explanation of all the  snacks, beverages and amenities at our disposal, we were checked into the luxurious Garnet Suite!

A step out to the private balcony provided us with an incredible view of beautiful
Newfound Lake!

A great sunset was followed by a relaxing soak in the Jacuzzi tub of our amazing bathroom!

A Saturday afternoon drive around the lake brought us to the Sculptured Rocks geological site
and the dizzying rapids below! 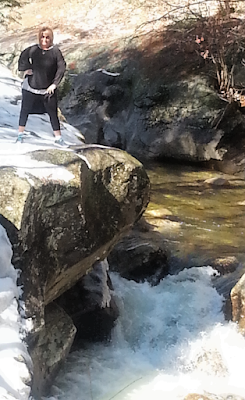 We looked for a dinner spot where the beer was cold and the food was hot
and we found both in nearby Bristol!

Not to mention New Hampshire's largest selection of Irish Whisky!! 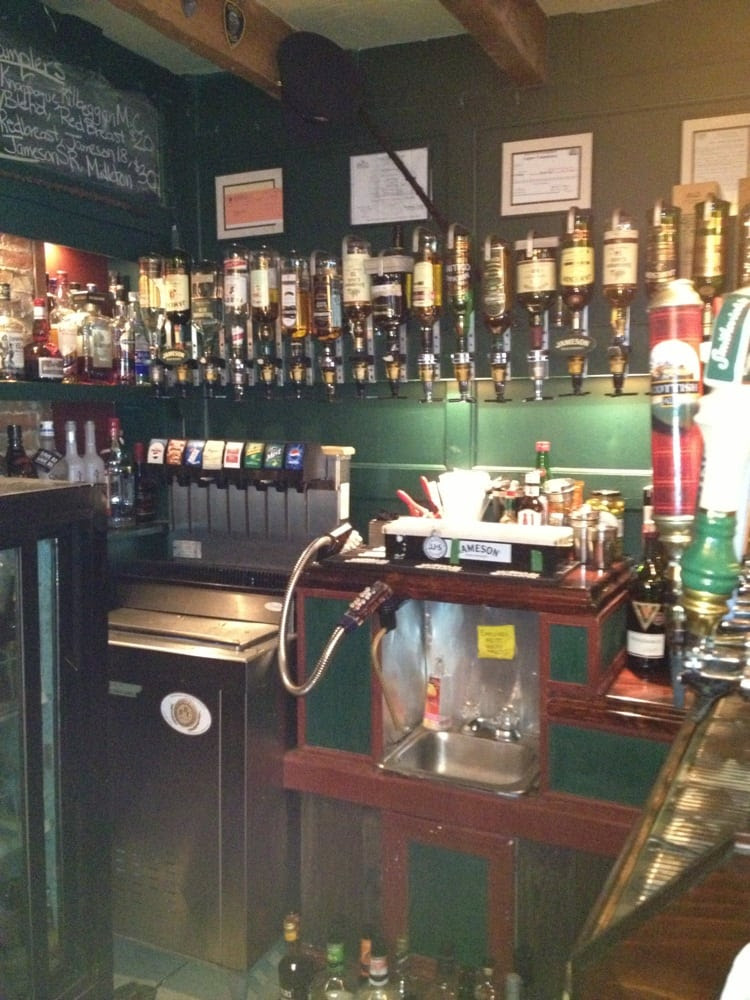 The host of this authentic Irish pub, Maryann and our hostess (the charming and dancing) Kathleen made us feel at home (I was fuzzy - not the picture)! 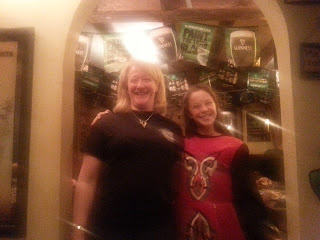 The music was Celtic and live - and everybody sang Happy Birthday! 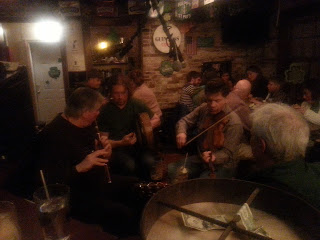 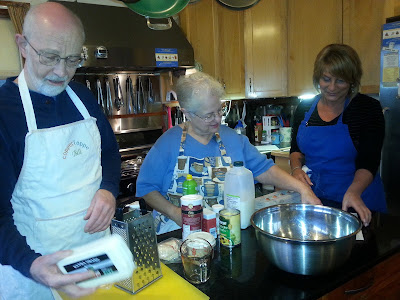 If you are planning a visit soon or a New England native,
I give a big RFW thumbs-up to our friends at

Rock On The Road - With RFW! 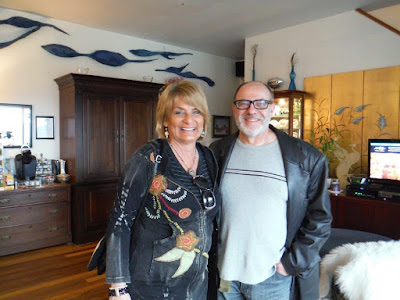 Posted by Radio Free Wohlman at Wednesday, April 13, 2016 No comments:

Transmission 2116 - On The Road Again 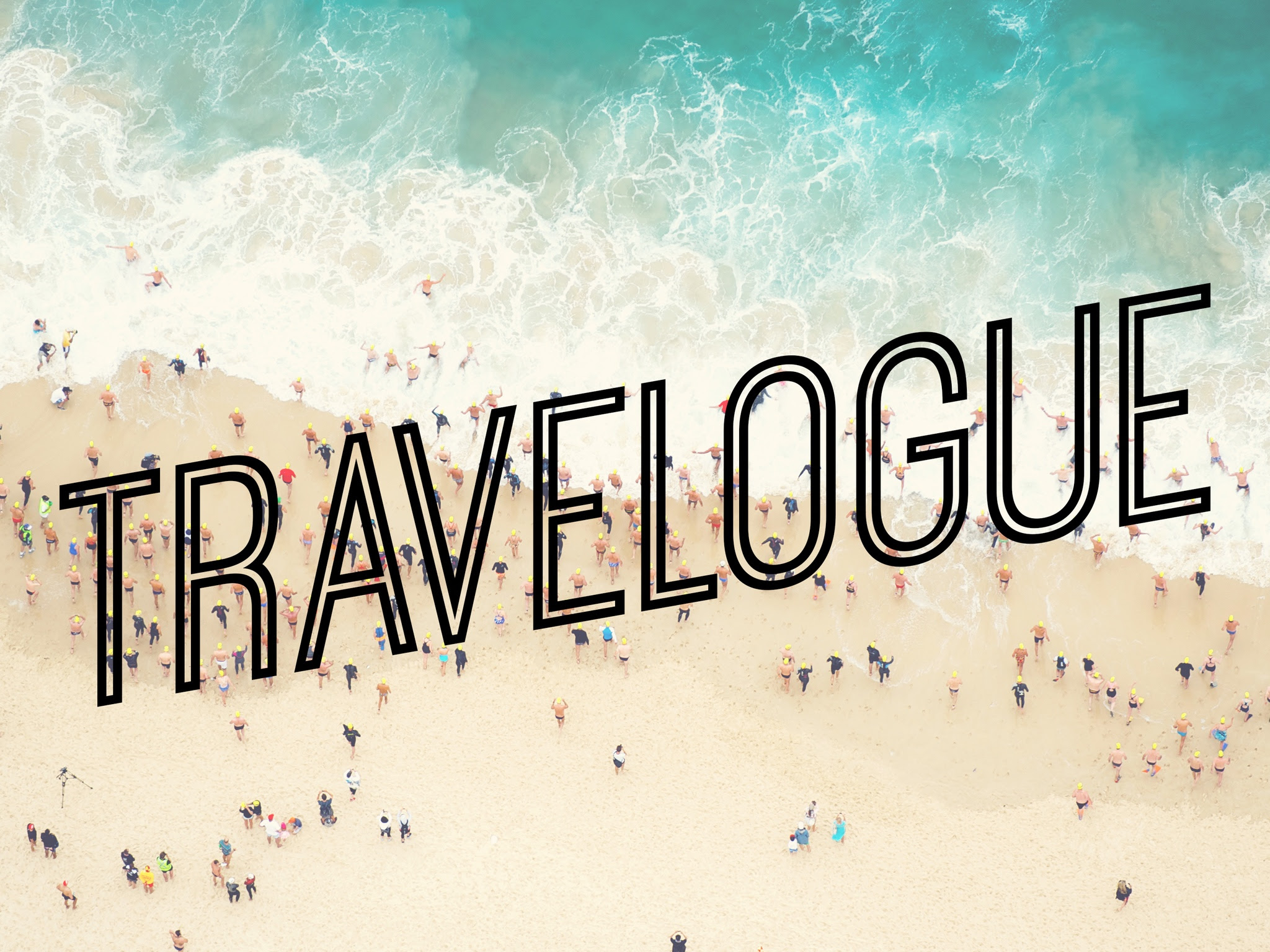 This time our group vacation brings us:

Elton John
The Future Sound Of London
The Prodigy

to Brazil courtesy of

and then it's off to the great continent of Asia!

Transportation to and from the airport is provided by

Posted by Radio Free Wohlman at Saturday, April 09, 2016 No comments:

The (Wood)Kids Are Coming Up From Behind

I may be
"losing my edge to the kids whose footsteps I hear when they get on the decks" ,
but I was there when this one was born and
this kid is alright. 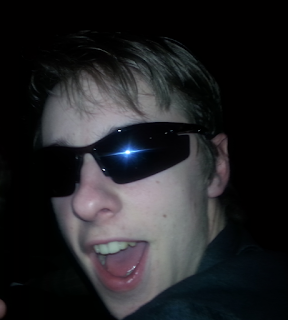 In 2013, CJ Wohlman brought us into his Corner on RFW and turned us on to
Woodkid
with his amazing debut full-length release The Golden Age, which followed his 2011 Iron EP.

We've been patiently anticipating his second, but instead we get the OST of Desierto the new
Jonás Cuarón prequel to Gravity!

I’ve spent the last 3 months in studio composing and producing the entire score of the film.

The film is in a way a de facto prequel to ‘Gravity’. Jonás and Alfonso were working on the screenplay of ‘Desierto’ when they had a very similar concept and put it in space. So ‘Desierto’ has a lot of themes similar to ‘Gravity.’ It’s about someone in a spectacularly peaceful but perilous environment trying to get home.

The Woodkid 2016 World Tour is being planned now.

You'll be able to say you were there!

Posted by Radio Free Wohlman at Friday, April 08, 2016 No comments:

I was 8 when Shindig! hosted by Jimmy O'Neil debuted on ABC in September, 1964! 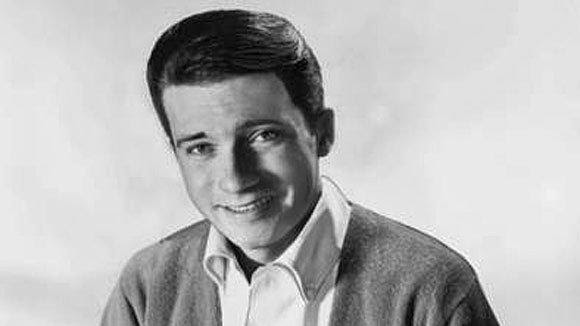 The Beatles were featured in an early Shindig! broadcast taped in London.

Little Eva performed The Loco-Motion on Shindig in March of 1965.

The house band, The Shindogs featured Delaney Bramlett on lead vocals.
James Burton on lead guitar and Glen D Harding on organ.
Here they are with the Shin-diggers
(that briefly included Terry Garr) !

Here's a complete spooky episode from October of 1965
brought to by Stridex pads
(that can still wipe-out your pimples).

This was from a 1991 Shindig! retrospective!

Even Micky and Minnie dug Shindig!

In September 1965, the show was moved out of its Wednesday-night timeslot against The Beverly Hillbillies and was split into two half-hours on Thursdays and Saturdays. 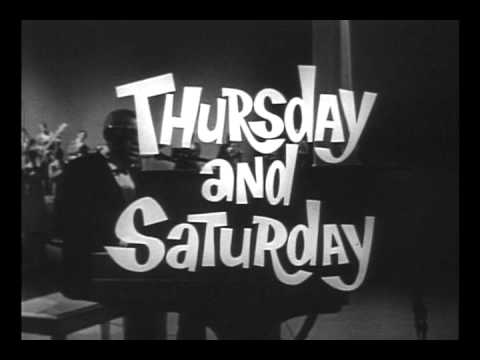 It faced-off with Daniel Boone and The Munsters on Thursdays
and Flipper and The Jackie Gleason Show on Saturdays. 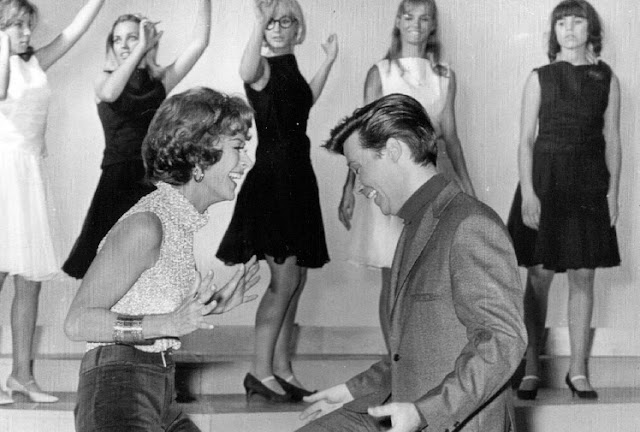 In January 1966, Shindig! was cancelled and replaced in its Thursday time slot by Batman, who was obviously influenced by the prior tenants.

Posted by Radio Free Wohlman at Wednesday, April 06, 2016 No comments:


Most blues purists would vehemently disagree and McKinley himself  would probably kick my ass for saying it, but Electric Mud is Mr. Morganfield at his best!

Until tomorrow, as The Major would say, 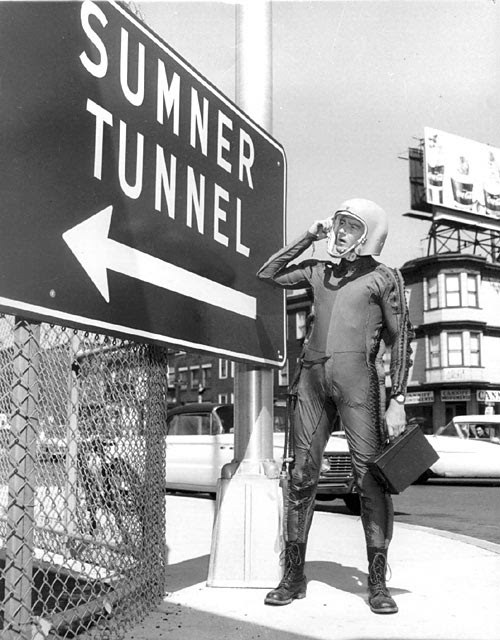 Posted by Radio Free Wohlman at Monday, April 04, 2016 No comments: 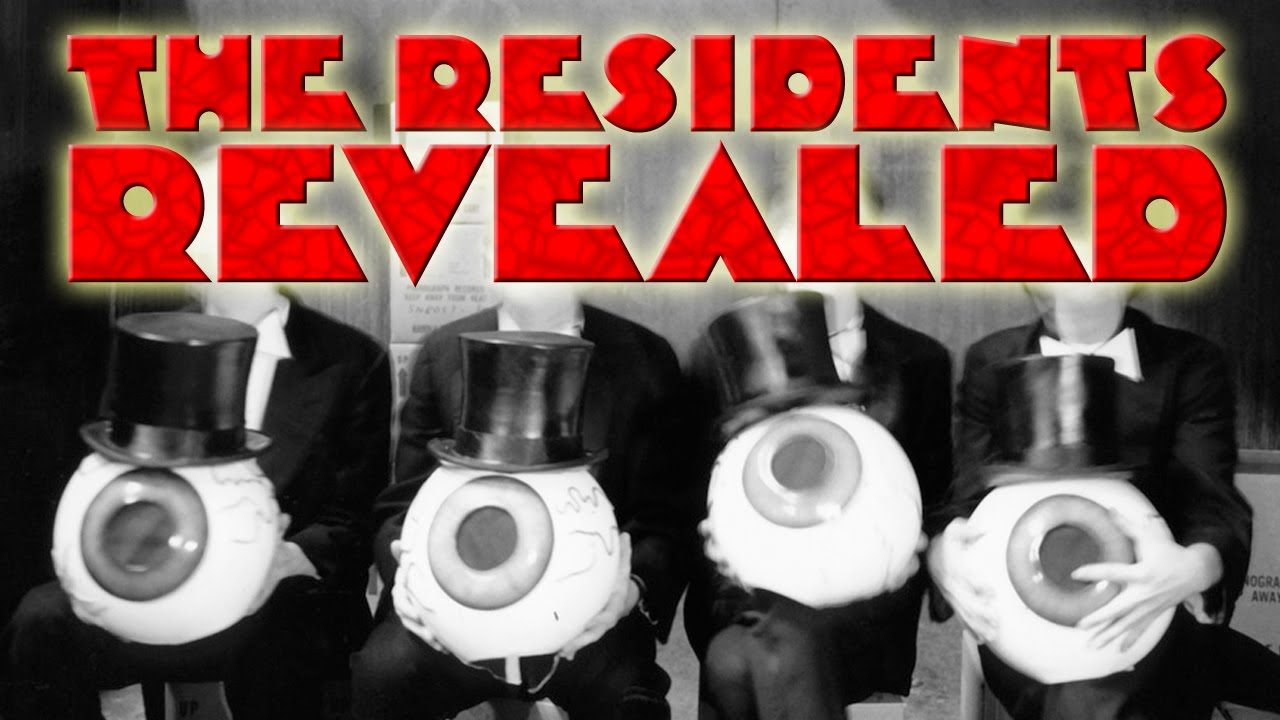 Over 70 releases on vinyl, video, CD ROM and DVD started with their 1974 debut.

Theory Of Obscurity
a 2015 film about this great musical mystery
tells much - explains little.

Their live shows are that of legend.

For those who know - you really don't. 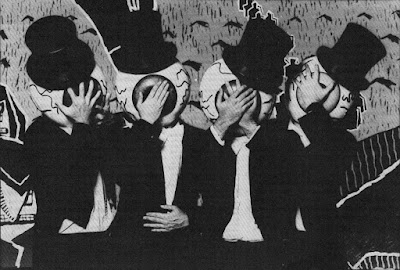 Adopt a RESIDENT today - they're here to stay! 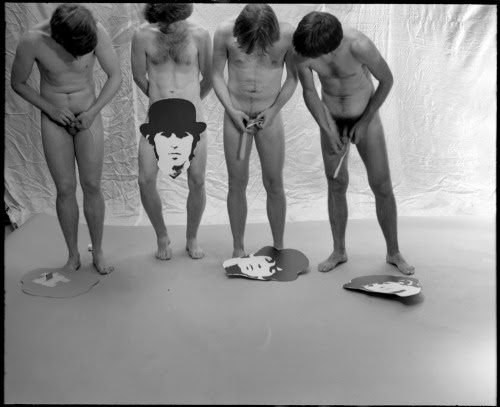 Posted by Radio Free Wohlman at Sunday, April 03, 2016 No comments:

It All Started Here! 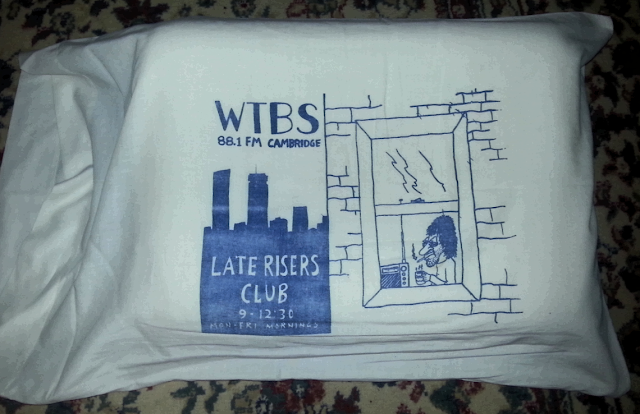 I recently mentioned my early radio days at WTBS/WMBR 88.1 FM, Cambridge, MA,
Here's a documentary, directed and produced by Marissa Acosta about a legendary show on that very station, that's both entertaining and informative.....
...and it rocks!

The Late Risers Club
Began in 1977
Is still on today! 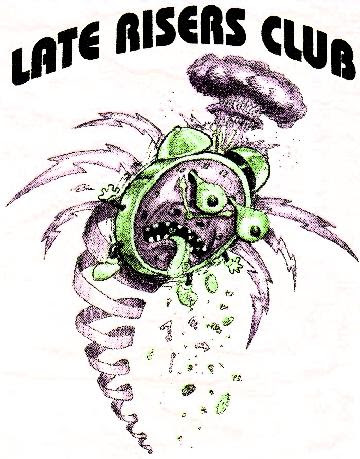 Posted by Radio Free Wohlman at Saturday, April 02, 2016 No comments:

I Am An April Fool! 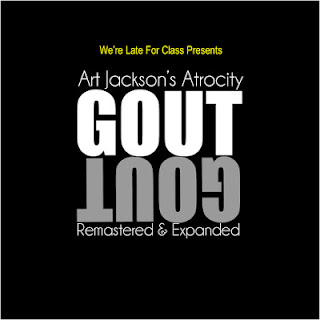 Those of you hip to the album Gout by Art Jackson's Atrocity and it's fabled backstory
know it is one motherfucking jazz-funk slab of the Miles Davis band with Pete Cosey variety.
But was it really a 1974 "lost" Columbia lp?

I never completely bought the story, but that did not take away from the fact that it never fails to rip your face off with every loud listen!

It ends up the truth was as obvious as it could have ever been!
I have been had - and I love it!

Now get to class before you're late! 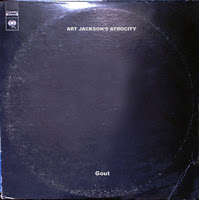 Support these starving students and buy the Remastered & Expanded version from
We're Late For Class
or
Listen to it in all it's farcical glory below!