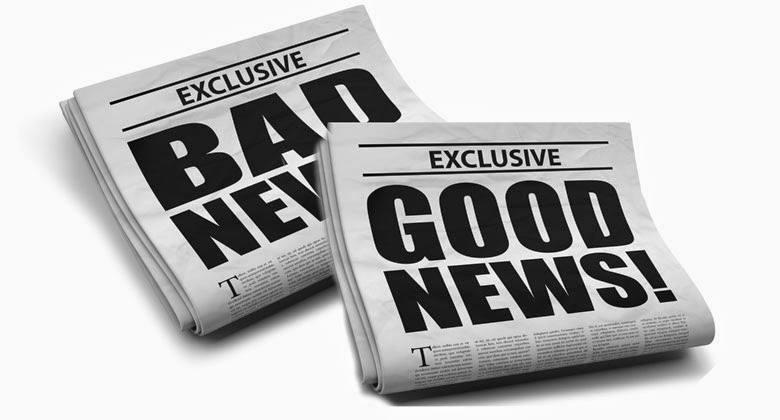 There is definitely more good than bad in the world, but the media machine knows that bad news stories outsell the good! So the bad news story gets prime position, while good news story gets buried. The bad news is that we usually miss out on much of the good news. The good news is that we can groove to both varieties supplied by The Oimels, Ocean Colour Scene, Steely Dan, Ray Charles, Fleetwood Mac, The Jam, The Soundtrack Of Our Lives, The Wildhearts, Tony Joe White, Little Richard, Muddy Waters, Kim Fowley, Cat Mother & The All-Night Newsboys, The Fuzztones and Family. 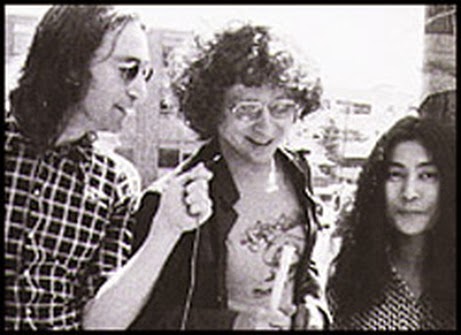 *As happens quite often, RFW Transmissions are sometimes eerily prophetic of events soon to occur. This "news" show was recorded on 3/13 but was not posted until now because of the extended technical difficulties. Since then, we lost a true broadcast talent. Danny Schechter was the News Dissector at WBCN, Boston during the turbulent years that included Vietnam, Nixon and the Cold War. The proto-type for John Stewart's Daily Show, and all like-minded heralds of opinionated truth and unvarnished indictments of oppression that have followed, he was also a dedicated member of our radio family and the community at large. His accomplishments beyond his humble beginnings are many and impressive, but he is remembered by me as a one of our own! 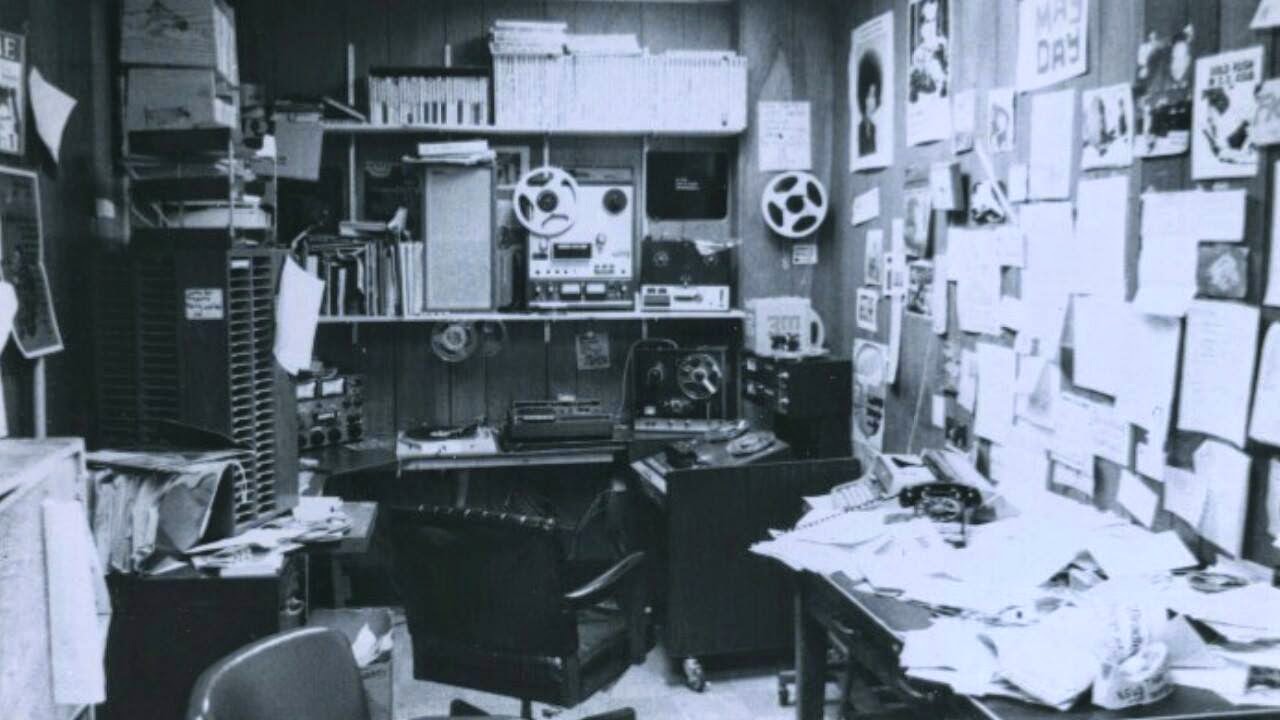 The FBI came to WBCN one morning looking for our newsman, Danny Schechter.
This is Danny's 14-year old assistant at the time, Bill Lichtenstein's remembrance of that day:
"Apparently they were seeking a copy of a communique that was left in a phone booth by the Weather Underground after their bombing of the Pentagon. FBI agents showed up asking for it, only to learn from Danny that the communique had been "lost" in the piles of paper, newspaper clipping, wire copy, and sandwich wrappers from Patios downstairs in his office. The FBI agent gave Danny his card and asked that he call the bureau if the communique turned up. As he was leaving, the FBI agent reminded Danny to call if the communique turned up, and confirmed that Danny had his business card. Danny looked though the piles of papers on his desk and told the agent that the card had gotten lost, as well."

Posted by Radio Free Wohlman at Friday, March 13, 2015 No comments: 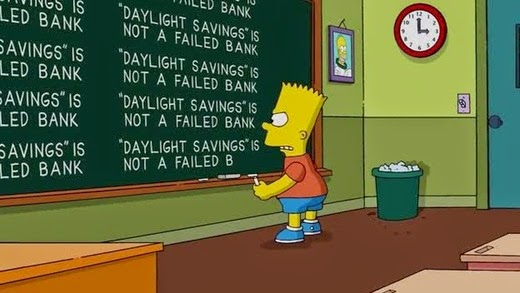 Posted by Radio Free Wohlman at Sunday, March 08, 2015 No comments:

"I Am The Cosmos"

*Despite being known for, and frequently quoted with, his famous phrase "billions and billions...", Carl Sagan never actually said it during the entire single-season run of Cosmos (1980). The actual phrase is "billions UPON billions," and the complete quote which includes this often-misquoted phrase is "A galaxy is composed of gas and dust and stars - billions upon billions of stars." (IMDb)

Posted by Radio Free Wohlman at Saturday, March 07, 2015 No comments: 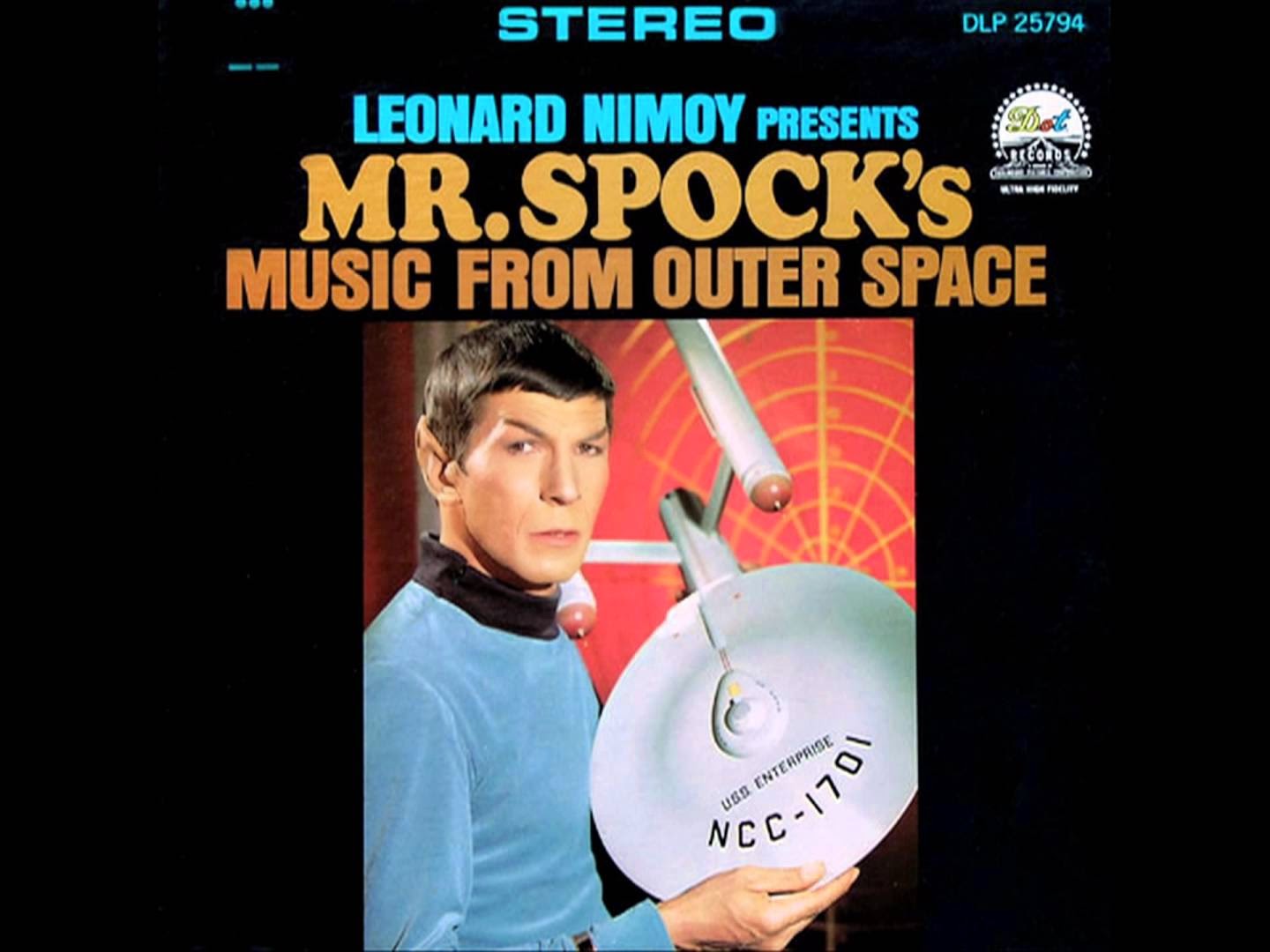 The Vulcan Death Grip has claimed another victim, one best known as a half-alien space-trucker by way of Boston, Massachusetts. Although Leonard Nimoy has appeared in over 50 films, played characters and himself in as many TV shows and is an established stage and voice actor, poet, photographer, writer and director - today we remember his least-applauded roll, Mr. Spock the Rock Star. The All-Star Dead Band has a new Science Officer - LLAP!

Adding to the celebration are Spizzenergi, William Shatner, David Bedford, Julian Cope and The Vulcans!

"from far beyond the galaxies, I've journeyed to this place"

*Nimoy & Shatner's first appearance together was in 1964's "Man From U.N.C.L.E." episode "The Project Strigas Affair." Shatner played a pest control business owner recruited to convince Communist spies (of which Nimoy is one) that he has the secret to a nerve gas formula. Also in the clip: Robert Vaughn as Napoleon Solo, Peggy Ann Garner, Narda Onyx and Werner Klemperer (who you might remember as Colonel Klink on Hogans Heroes)!

Posted by Radio Free Wohlman at Saturday, March 07, 2015 No comments: 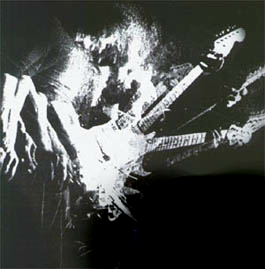 I have always and continue to love bands that make noise. Steve Marriott's feedback in Small Faces, Jimi's guitar screaming in Experienced pain as it burned in Monterey, Coltrane's squall of impassioned blowing,  Pete and Keith smashing The Who's gear, Thurston and Lee paving an expressway to yr skull as the opening act for Neil and Crazy Horse who ultimately beat Sonic Youth at their own game! Fripp and Belew's Crimson, Acid Mothers Temple, Yoko & John's Plastic Ono Band, John Zorn - the list goes on and on - the noisier the better!

But there's a group that seems to never be included in this exclusive and impressive club. The spotlight is justly shined on what might be one of the noisiest of the bunch - enjoy Deep Purple live at The Open Air Pop-Festival in Aachen on July 11, 1970 - a glorious racket! 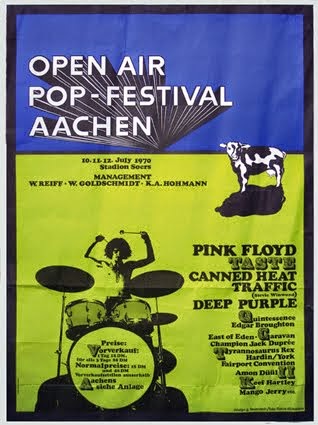 Posted by Radio Free Wohlman at Friday, March 06, 2015 No comments: