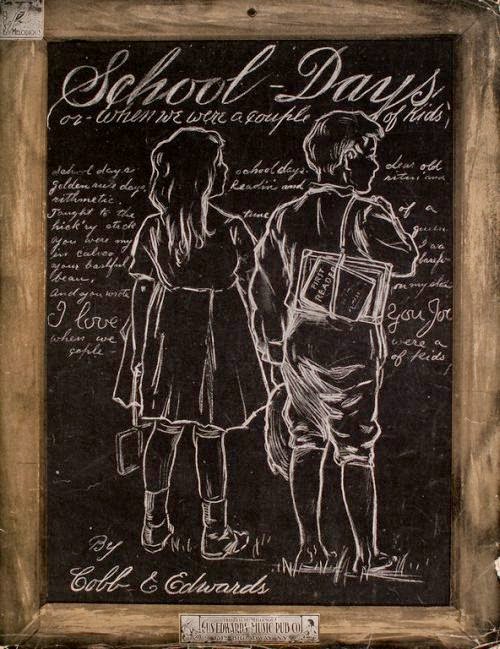 *The illustration is the 1907 sheet music for "School Days" written that year by Will Cobb and Gus Edwards. A sentimental remembrance of those bygone days, the version we played by Louis Jordan was recorded in 1949 and took jumpin' liberty with the verses, but kept the chorus intact!

**The (Golden) Rule of Three was a shorthand version for a particular form of cross-multiplication, often taught to students by rote.

***I  fondly remember getting psychologically tortured by the fine nuns of my Catholic grammar school, being physically beaten by the role-model Jesuit priests of my early high school years and transversely, the names and faces of the few teachers and broadcast instructors and professionals that were great at their jobs, taught me well and made a difference in my life!

"Teach Your Children well, their father's hell, did slowly go by
And feed them on your dreams, they one they fix, the one you'll know by"